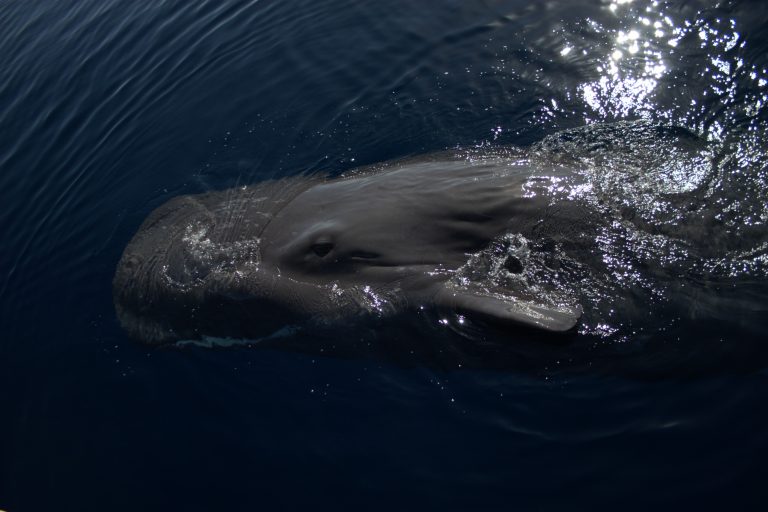 The sperm whale is the largest odontocete cetacean. It is easy to recognize: the head is huge and squarish; the blowhole is set at the front of the head and is off set to left producing a characteristic forward and to the left blow. The skin is very wrinkled, completely opposite to the other cetaceans. Before a deep diving exposes the flukes completely out of the water surface. Worldwide distribution, perhaps only Killer Whales are more widely. They are distributed from the tropics to the ice edges in both hemispheres. Adults males are found often alone and prefer the high latitudes. Females, juveniles and calves stay on temperate waters and create units characterized by long-term stability; groups usually are constituted by 20 to 30 animals. 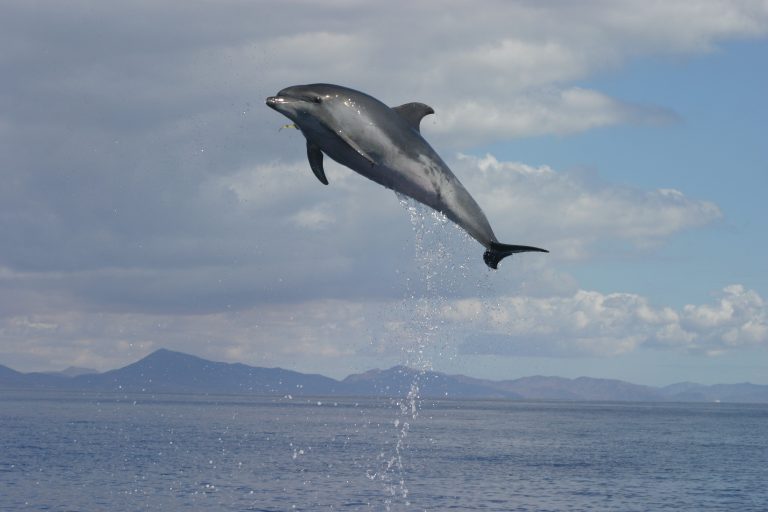 It resides throughout the year in the waters of the archipelago, using specific parts of its distribution area where it carries out most of its daily activities such as feeding and reproduction. It is listed as “Vulnerable” in the National Catalogue of Threatened Species and in Annexes II and IV of the Habitats Directive. In the Canary Archipelago there are several sectors designated as Special Conservation Zones due to the presence of the species. Preserving this set of areas is essential for the conservation of this species in the archipelago. The bottlenose dolphin suffers from habitat degradation due to alteration of the coastline, dense maritime traffic or interactions with fishing activities. The objective of this project is to obtain information about the basic ecological parameters of bottlenose dolphins in the Canary Islands, determine the basic ecological requirements and detect the vulnerability factors of the population. 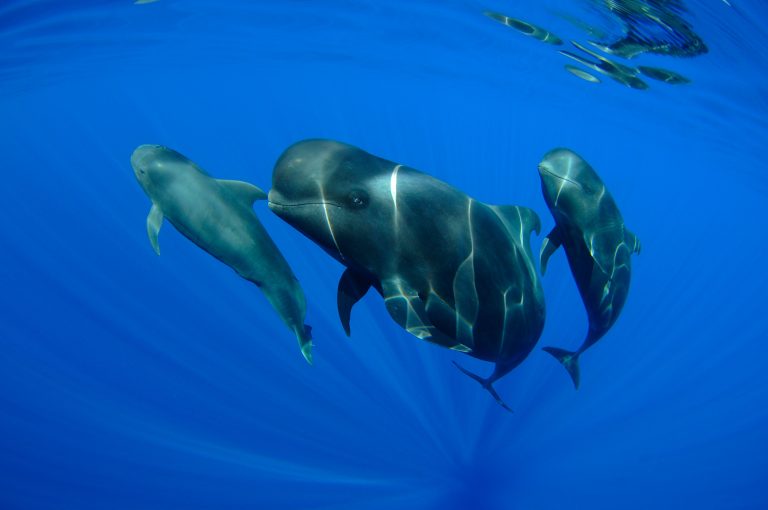 It is considered as “Vulnerable” in the Spanish Catalogue of Threatened Species. It is important to know basic data such as its presence in the archipelago and its state of conservation, particularly in the ZEC Marina in the marine Franja Teno-Rasca (ES7020017) on the island of Tenerife. There exists one of the few resident populations in the world of this species and the only one within the European scope. During these years, SECAC has carried out a study aimed at understanding its social structure and the use of this species’ habitat in the archipelago. 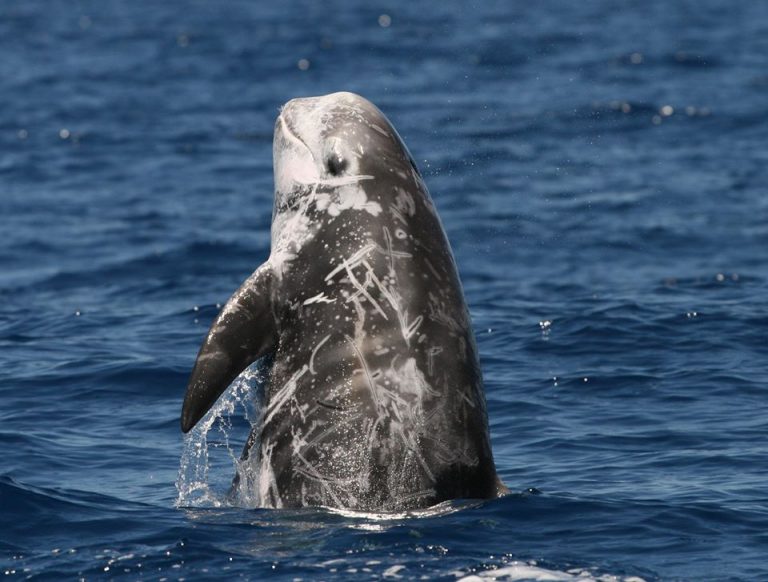 It has oceanic habits but it can approach the coast, and even frequent deep or shallow areas. Despite having a wide distribution, it is a relatively little studied species. It resides in the Canary Islands, with two population centres relatively well located in the north of the island of Gran Canaria and the eastern waters of Lanzarote and Fuerteventura. In the north of Gran Canaria the animals are located a few km from the port of La Luz and Las Palmas, one of the areas with the highest maritime traffic in the northeast Atlantic. SECAC has been monitoring this population since 2000. 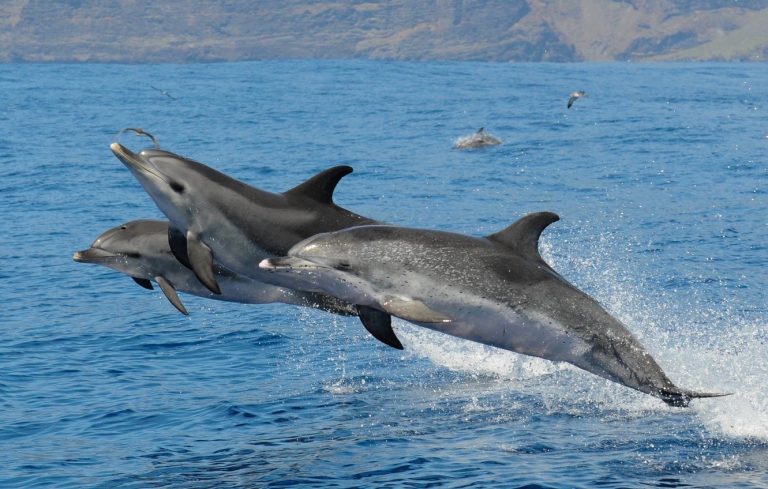 It is a species of strictly oceanic habits that is distributed in the tropical and subtropical waters of all the oceans. It is one of the least known dolphins. The Canary Islands is the only point in European Macaronesia where the species shows a regular presence throughout the year. 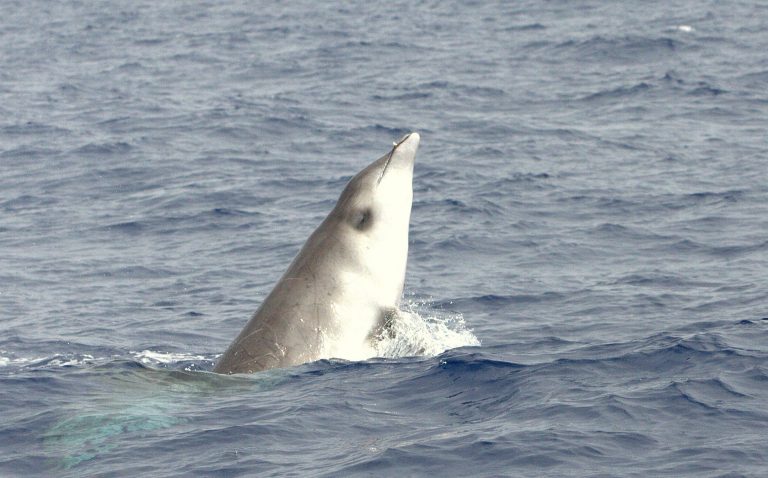 The beaked whales (family Ziphiidae) of eastern Lanzarote and Fuerteventura

The beaked whales (family Ziphiidae) are the most unknown marine mammals due to a combination of circumstances:

5) extreme morphological similarity of these species that makes difficult the specific determination.

These species are vulnerable to medium frequency naval sonars with high intensity used during antisubmarine naval exercises. On the coasts of Lanzarote and Fuerteventura 8 cases of stranding (known as atypical mass stranding), have been recorded, 6 of which have coincided during the time period and logistical area of the holding of naval exercises. Several of these strandings have been multispecific, simultaneously involving three beaked whale species. Those animals that died, in mass stranding episodes on the eastern islands represent a significant contribution to the total stranding of this species in these islands, so we believe that the impact of this mortality on the populations of these species has been significant. For more than 10 years, SECAC has been developing a project to learn about the distribution, use of habitat, movements, social structure and behaviour of beaked whales in the waters of eastern Lanzarote and Fuerteventura in order to guarantee their conservation. The target species are: the Cuvier’s beaked whale (Ziphius cavirostris), the Blainville’s beaked whale (Mesoplodon densirostris) and the Gervais’ beaked whale (Mesoplodon europaeus). 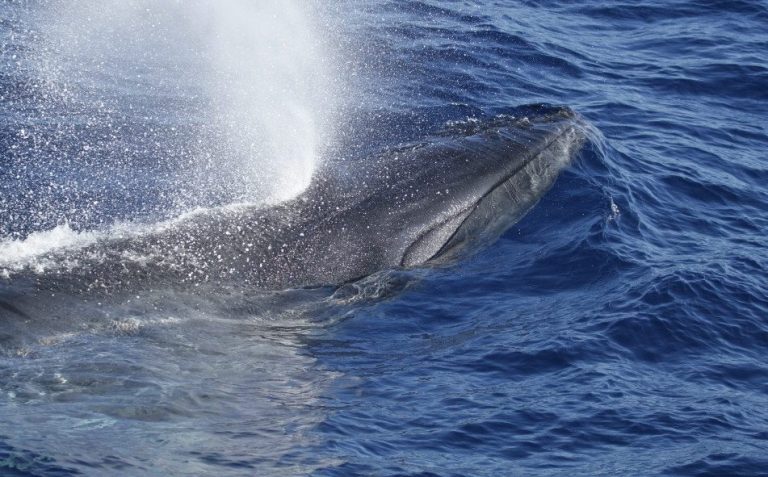 The distribution of this species is restricted to the warm and tropical waters of all the oceans. With a length of between 12 and 14 metres, it is the most frequent whale in the Canary Islands. However, we have little information about its biology and many aspects of its life remain unknown. The Bryde’s whale exhibits considerable variation between populations. In some regions we can find two geographic forms that present differences in size and morphological characteristics. Its taxonomy is currently under review. The Canary Archipelago constitutes a feeding and reproduction area for the species. SECAC has an important database of sightings, photographs of its flanks and dorsal fins for photographic identification, as well as a tissue bank for studies of diet and genetics.