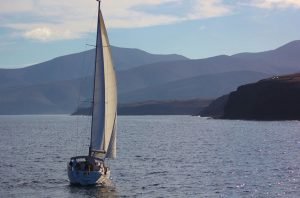 Throughout the history of SECAC, it has used, in its investigations, numerous boats such as the “Ninu II” sailboat, the “Chacalote”, “Grampus” and “Kogia” boats, the 17 m “Oso Ondo” motorized boat. In the “Canary Island Sperm Whale Project” we are using the 42-foot motorsailer “Saalpiva”. 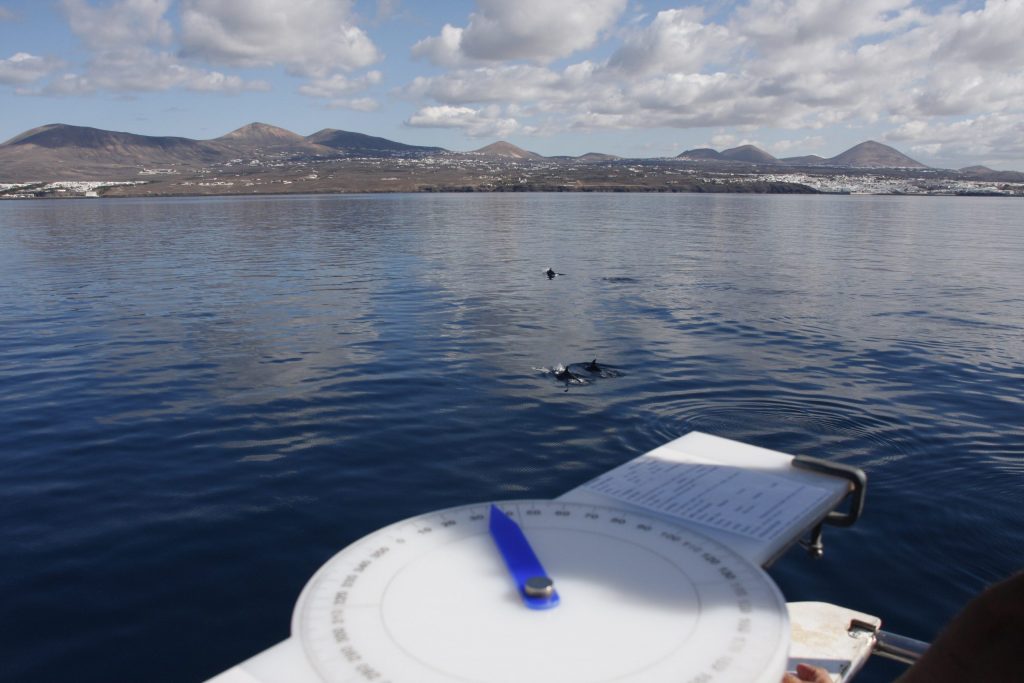 The development of visual nautical censuses by carrying out predetermined transects in order to know the distribution and relative frequency of cetaceans and other organisms of interest (birds and sea turtles). Registration of basic information (distance, angle and associated data) of the visual encounters. The information collected on board is entered into the 2010 Logger software developed by the International Fund for Animal Welfare (IFAW). 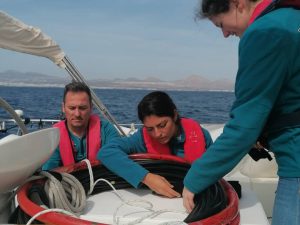 During the visual censuses we carry out the passive acoustic monitoring (PAM) an array hydrophone dragging 100m from the stern. This hydrophone consists of two medium frequency elements (Benthos AQ4) with wideband amplifiers (Magrec HP / 02) designed to detect acoustic signals from sperm whales and other cetaceans. Thanks to the Pamguard software (http://www.PAMGuard.org/modules.shtml) we can detect the spatial position of the animals that produce the acoustic signals.

Photo identification and creation of catalogues 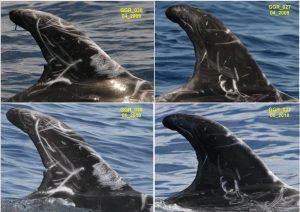 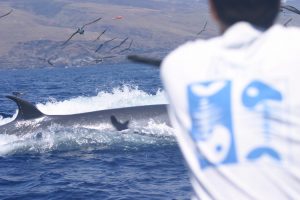 Study of behaviour through the use of drones and TDR’s 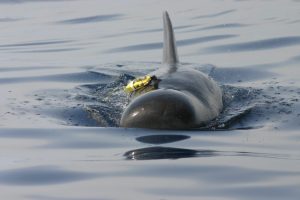 The study of the structure, composition and spatial distribution of the groups of cetaceans sighted. The recording of behaviour through visual observation (continuous recording and ad libitum). The study of immersion patterns and habitat use through the placement of TDR’s (Time and Deep Recorders). Precise estimation of the body length and body condition of large cetaceans (sperm whales and tropical whales) by photogrammetry with the use of drones. The study of the feeding strategies on the surface of Atlantic spotted dolphins (S. frontalis) and tropical fin whales (B. edeni) through aerial images using drones.

Registration of information on other marine organisms 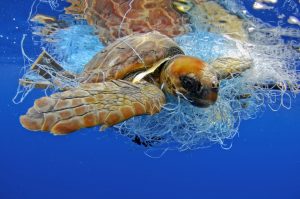