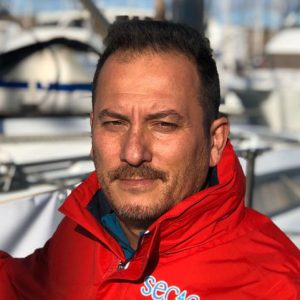 He studied cetaceans in the Canary Archipelago for 37 years. In 1993 he founded SECAC of which he is currently President and Scientific director. He was co-founder and first President of the Spanish Cetacean Society (SEC), co-founder and director of the Museum of Cetaceans of the Canary Islands (MCC). He directed numerous regional, national and European research and conservation projects on cetaceans. He is the author and co-author of several scientific articles published in different international scientific magazines. His main interest is focused on the biology of oceanic cetaceans, especially on beaked whales (family Ziphiidae). He was awarded the Environmental Sciences Award by the National Association of Environmental Sciences, the Cesar Manrique Environment Prize 2007 from the Canary Islands Government and the 2014 Severo Ochoa Prize awarded by the I.E.S. Agustín Espinosa. 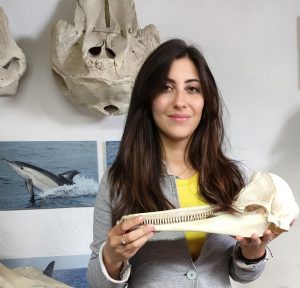 Graduated in Environmental Biology with a master’s degree in Experimental and Applied Biology from the University of Pavia, Italy. She studied the population of the coypu (Myocastor coypus), an invasive species in northern Italy. Lover of marine life, she was working as a marine biologist in the Maldives. Since 2018 she has lived in Lanzarote familiar with the island, its sea and its diversity. Francesca is the coordinator of the Canary Sperm Whale Project. 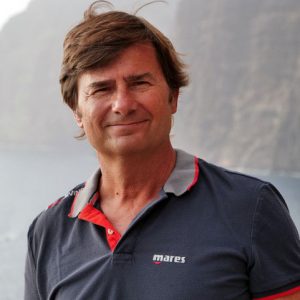 Professional diver, diving instructor and CCR Expedition Mixer Gas Diver (Rebreather). Recognized filmmaker and international underwater camera. He has been the director of the documentary productions of the marine environment Aquawork since 1994. Rafael is a member of the prestigious Ocean Artists Society and a regular contributor to the world’s main television stations such as Canal Plus France, National Geographic Wild, Canal Xplora Canada, BBC, etc. He has been an underwater cameraman in the acclaimed BBC series Blue Planet II (2016-2017), gaining the 2018 Bafta Award for the most special moment with a sequence in episode IV of Blue Planet II. 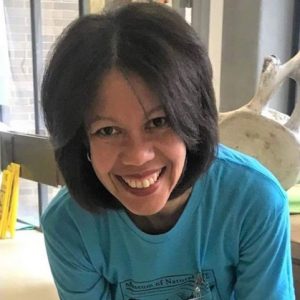 Degree in Biology, from Portland State University, Oregon (USA), where she is doing a Master in Biology with a project on hybridization between two species of pinnipeds: the Californian sea lion (Zalophus californianus) and the Steller sea lion (Eumetopias jubatus). Before moving to the United States, Ada lived in Gran Canaria for 10 years. She periodically travels to the Canary Islands to enjoy their good weather, happy people, and wonderful nature. To expand her experience as a researcher, Ada has attended the different courses and workshops related to the field of marine mammals offered by SECAC as well as internships in other scientific institutions in Europe. 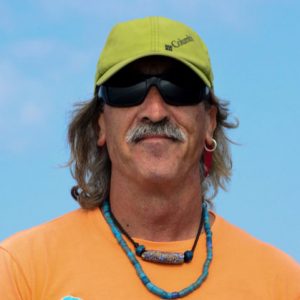 Graduate in physical education, professor and scientific disseminator in the field of cetaceans. Passionate observer of nature since he was a child, he is a world leader in cetacean photography, capturing unique moments in the life of these marine mammals through his snapshots. He was co-founder of Balfín, a marine education NGO through which he carried out several educational projects on cetaceans in schools in the Canary Islands reaching thousands of children. He is currently the President of NGO “Gigante Azul”, dedicated to the dissemination and education of cetaceans and the marine environment of the SO of Tenerife. 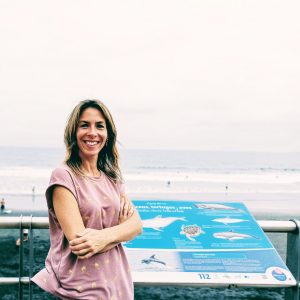 Saioa has a degree in Marine Sciences and she has worked as a researcher in several projects, stands out to the LIFE 03_NAT_000062 Project to conserve the LIC “Franja marina Playa Santiago-Valle Gran Rey (La Gomera)”. Currently she works as a volunteer in the BIOCETCAN Project (Biological study of the cetaceans of the Canary Islands through the stranded specimens) and has assisted in the stranding of cetaceans in the Canary Islands between 2001 and 2006. 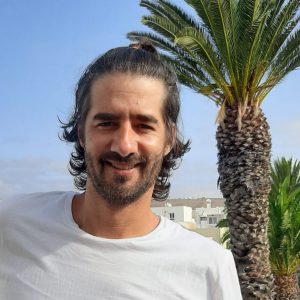 Researcher graduate in Marine Science, he collaborates with SECAC since 2014. Since then, he has been involved in the BIOCETCAN project (Biological study of the cetaceans of the Canary Islands through stranded specimens). He has also worked on the CETOCAN II PROJECT for the study of the Short finned pilot whales in the Canary Islands and on the OBCECAN project: “Collaboration agreement between the island council of Lanzarote and the Society for the Study of Cetaceans in the Canary Archipelago (SECAC) for the creation of the cetacean observatory of the canary islands (obcecan) ”. 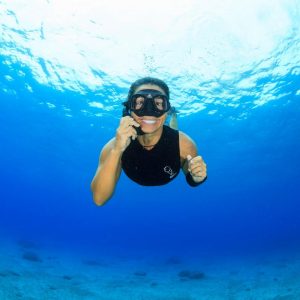 She is marine biologist and open water swimmer, she carried out as a SECAC researcher her doctoral research work about the interactions between artisanal fishing in the Canary Islands and cetaceans. Cristina in 2010 created her own environmental education association called “Aula de Biodiversidad Abies marina”. Currently, she remains involved and committed to the dissemination and conservation of cetaceans, in particular in the SECAC projects: CETOC -Monitoring of cetacean populations through longitudinal studies and BIOCETCAN- Biological study of cetaceans of the Canary Islands through stranded specimens. 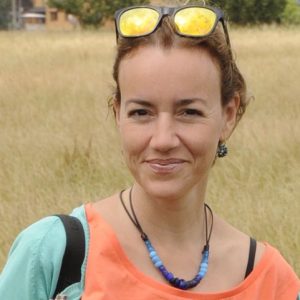 Also known as Costurilla, she has a small design and sewing artisan workshop where marine life is the protagonist. Her creations are a communication channel to promote in a creative and fun way, the richness of the oceans and the importance of their conservation. Each “character” drawn is the result of her trips to the sea and a reflection of the archipelago’s marine biodiversity. 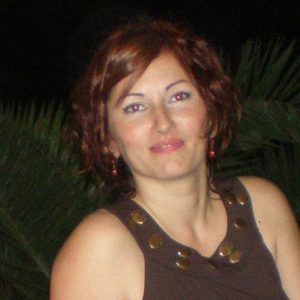 She has been linked to SECAC since 2015. She has been secretary of the entity and is very passionate about the sea and cetaceans. She collaborated in the creation of a photo-identification catalogue of the bottlenose dolphin in the Canary Archipelago, equally dedicated to the dissemination and education of the marine environment with children. 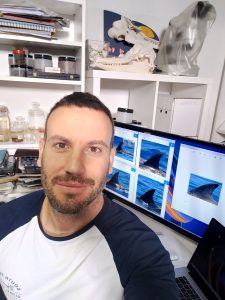 Francisco Javier Pina Cansado, has a degree in Animal Biology from the the Autonomous University of Barcelona, ​​since he finished his studies he has worked with marine mammals in different parts of the Spain. In 2018 he moved to the Canary Islands and since then he has worked as a Biologist in a rescue center for exotic animals that are victims of illegal trafficking. He collaborates with the SECAC in the biological studies of stranded cetaceans and the study of populations in the sea.